Quadrophenia Recording console - Actual Neve 8036 console.. You can own it.

The Who's Quadrophenia, Tom Waits' Mule Variations, and records made by Thin Lizzy, Annette Peacock, and many others have one thing in common—this vintage Neve 8036 console was used on all of these recordings and more. Custom-built for Pete Townshend in 1971 and expanded by Neve in 1973, this board has been the centerpiece of at least two historic recording studios. Now, it's available for sale on Reverb through Dan Alexander Audio.

The console began its life in 1971 as a 16-input, 8-bus, 16-monitor board, but was soon expanded by Neve to 26 inputs and 24 monitors in 1973. Townshend installed it at his Eel Pie Studios, first at his home, then at two subsequent locations: The Boathouse on the River Thames and on Broadwick Street in Soho.

The Who guitarist and songwriter used the board extensively on his solo albums from the era, and The Who used it to mix Quadrophenia (after the double album was tracked, mostly, on Ronnie Lane's Mobile Studio).

While Eel Pie started as Townshend's personal studio, it grew into the two commercial spaces, where in the late '70s and '80s artists from The Damned to Siouxsie and the Banshees cut records.

After the console passed hands a few times, Mark "Mooka" Rennick became the proud owner in 1997. Mooka installed the Neve at his Prairie Sun Recording Studios in Sonoma County, California, where it's been ever since.

At Prairie Sun, Tom Waits recorded his Grammy-winning Mule Variations and several other projects with the Townshend Neve, though Waits was far from the only creative force to use it there over the past two decades.

Dan Alexander—one of the original vintage audio dealers, as you can read in his book Dan Alexander Audio: A Vintage Odyssey—is now brokering the sale of the Townshend Neve for Rennick. 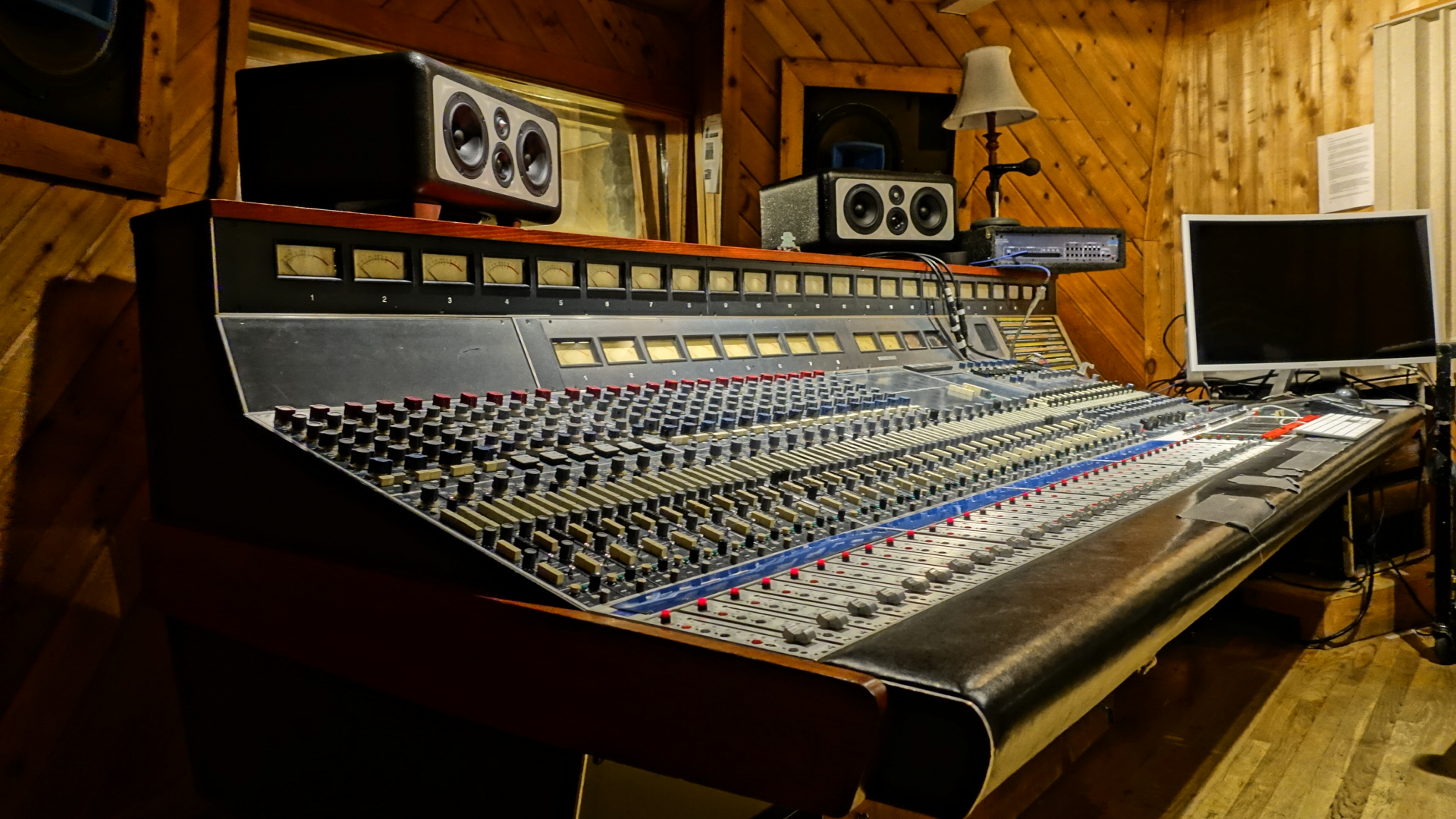 The Townshend Neve set up at Prairie Sun.

"I've been good friends with Mooka and sold him equipment since about 1978," Alexander says. "He showed up at the door of my studio one day and after hanging around for a few minutes, he said, 'You know, I'm going to build a recording studio. This is great. I want to do this.' I said, 'You don't want to do this, this is a terrible business [laughs]. What can you say? He went on and he's been running three professional recording studios for forever now."

Alexander tells us that "well-known Neve god" Geoff Tanner restored the board for Rennick soon after his initial purchase (a previous owner had made some modifications to the monitor section. "But Tanner went through it and whatever had been done, he undid it," Alexander says. "Prairie Sun also installed the 24-channel meter bridge. That wasn't original."

Today, the board is complete with 24 1064 input channels and two 1081s. It's a fully discrete Class A console with well-maintained vintage circuitry that is ready for its next historic home.

"This particular console has the most desirable electronic topology that one can find in a vintage Neve," Alexander says. It's full of "your classic Neve stuff, your 1073/1084 style of electronics throughout the entire console."

"Basically," Alexander explains, "the input modules and all the assignment modules of all the output amplifiers and combining amps and bus amps are very much the same circuit cards, the same transformers. It's all that B183 and 10468, 31267 transformers. It's all 1272 line amps—it's all Class A. So it sounds like God [laughs]. It's as simple as that. It's the kind of thing where you bring up the fader on the drum set and you can't believe it sounds so good."

What this all means for the next owner is that you'll get the pinnacle of Neve sound in a historic console that's ready for decades of future recording.

"It's one of the really great ones, and there's just not that many of them," Alexander says. "It should be in use, no two ways about it."

Added to Cart
You canView Cartor Check out